We must have gender education in school

We must have gender education in school

“He who doesn't know history is doomed to repeat it.”

That’s how George Santayana (1863-1952) bluntly formulates one of the foundations for which students and teachers must study certain topics. In the same manner, for example, it was reasoned to enrich the American and Anglo-Saxon curriculum with a significant chapter about the Holocaust (this being the main argument Jewish people use in the annual commemoration of the Holocaust).

The Second World War came so quickly after the first one maybe because humankind forgot too fast about the first war, so to speak they ”did not learn history.” Communism is another example of a period with events and ideology that must be studied, especially giving the fact that in the ex-communist countries the former communists are now the current politicians and the present students know almost nothing about this.

And, because the communist ideology is rather seductive, without studying communism as a worldwide phenomenon, the risk of returning somewhere in the future at this type of society is one that should be considered.

Laura Grünberg motivates the writing of her book (R)evolutions in the feminist sociology, in the following:

„The hypothesis of contact – one of the successful ideas of social psychology – teaches us that for reducing tensions between certain groups of people, they must be brought into contact with each other.

Applied to the challenges of feminism in sociology, contact hypothesis would mean that in order to reduce hostility towards feminist ideas, sociologists should, in a first stage, to come in contact with these ideas.

In essence it is what I'm trying to do throughthis book – to offer a contact piece critical to a less known field in our country, in this endeavor , to detail the ambitious feminist project of gendering the sociology, of introducing a form of gender receptivity in sociology.”

Taking note of Laura Grünberg’s argument, the first step is ”befriending” the gender field, that hasn’t gotten a place in knowledge or even less in the consciousness of education. And ”befriending” always begins with ”meeting.”

Maybe it doesn’t fit this article to mention the diachronic way in which societies especially the European oneshave conceived the education differently for the two (social) genders. But teachers’ training would benefit from knowing about this diachronic itinerary. In light of unfamiliarity with the access to education that each gender has, teachers will create, support, and strenghten gender prejudice.

The number of studies regarding the inequitable reality of opportunities between male and female pupils in Romania does not go far beyond a dozen. This number in countries such as England, USA, France and the Nordic countries is however overwhelming.

Let’s take for instance a study by The Equal Opportunities Commission (1986), which had the purpose to create a database about the General Certificate of Secondary Education (GCSE) exam, the subjects of the exam being at every pupils’ choise. Its results are applicable to present day Romania.

The boys’ options were mainly focused on physics, technical drawing, computer science, and mathematics, while the girls opted for domestic disciplines, sociology, French, and English. As a result of acknowledging the gender differences developed in the school climate, the UK introduced affirmative policies for men who choose to become teaching assistants or professors. 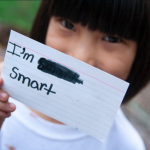 Other researches and studies have shown that girls manage better than boys at school, even in mathematics and science, having less need for permanent coordination.

The authors’ conclusions were that boys need autonomy from their mothers and that their teachers are mostly women. As a result, boys perceive school as a female/feminine domain. Men who decide to stay however in the educational system, focus their attention on the academia.

Three aspects of inequities in school have been found: many school principals are men, while the majority of teachers are women; boys get more attention than girls, the teachers consider them to be more creative, while the girls are perceived as being more conscientious and obedient; textbooks and other auxiliary school materials contain plenty gender stereotypes, and teachers tend to give pupils tasks depending on their gender.

The key points raised by researchers regarding gender differences in education indicate that: girls and boys build their gender by adjusting to the social norms their groups of friends have and the social norms that society has at a larger scale. These include the preference for behavioral harmonization, for matching their interests and topics with their peers, and certainly not of avoiding becoming like the others.

When they are preteens, children spend their times in same gender groups, having a kind of ”police” that can tax and punish those who violate the traditional gender norms, penalties being applied by the same norms, including penalties from educators.

Thus we reinforce the idea that only certain activities and behaviors are appropriate for a gender, therefore more limits are put in place rather than improving the curriculum in order to provide equal opportunities.

Gendered behaviors are deeply inoculated and children act in accordance to them without being aware of it; these behaviors also depend on social classes and ethnicity. The construction of gender differences done by teachers has an impact on teaching and it also occurs through teaching.

This problem can be rectified only by challenging teachers to acquire the concept of gender. As a system, school must deal with approaching gender culture so that it can penetrate the school ethos, its teaching practices and its organization. ”In schools where the construction of gender differences is less strong, boys do better and the strategies that are effective in reducing traditional gender roles building are the most effective when promoting boys performance.”

Among the conclusions about gender aspects of education, we can formulate the following ideas:

Based on what has been discussed, the need for proper education from a gender standpoint is obvious. Furthermore, quoting Mihail Kogălniceanu, „not knowing what happened before you were born is the same as being forever an infant; because, what is a one´s age, if the memory of our acts would not unite with the ages before us?"From the quoted standpoint, the Romanian pupil and teacher are placed at an infant level in regard to assuming their gender identity history.

In conclusion, because history is not only made of political facts and it is not only the history of men, I propose that in every initial teacher training to go (even) briefly through the history of women in terms of misogyny, feminism, literature, and gendered teaching; I myself being convinced that, without exhausting the subject whatsoever, it is only a step towards professional and personal development of teachers, both female and male.

Double majored in Classical languages and Literature, Ioana Nanu holds a PhD in Education Science with the thesis “Gender stereotypes in the high school curriculum on Romanian language and literature”. She is currently a teacher at the International American School in Bucharest, but she has taught for over a decade at the “George Cosbuc” Bilingual National College. Since 2012, she has been involved in the sexual education online project “Sexul vs. barza”.