The children with disabilities are almost absent from regular schools (only 36% of the disabled children are enrolled in the general education system and 40% don’t attend school at all), numerous reports show discrimination and segregation of Roma children. In addition, the social services’ approach reveals a lack of preoccupation with the child. For instance, the family support allowance for poor families is attributed, among others, as result of a social enquiry at that family’s home and may be discontinued if the children in that family have more than 20 classes they skipped per semester, without anybody conducting a social investigation to understand why the child had to skip classes (see Law 277/2010, articles 15, 27). 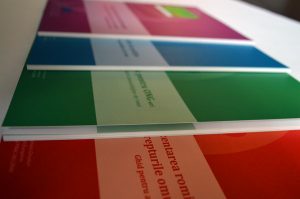 Here are some of the studies and research papers done in the last years that provide us information about the educational system in Romania and discrimination.

Analysis of the pre-university education system in Romania with regard to statistic indicators. Educational policies based on facts, ISE 2015 (Romanian language only)

National report on the quality of public pre-university schools in rural areas, ARACIP, 2015 (Romanian language only)

International Religious Freedom Report for 2015 - Romania, US Department of State