The school is a place of refuge, also one of knowledge and openness towards the world we learn about and we prepare to become a part of. But is it the same for every student?

We’ve created the Minorities at school column to learn more about the different experiences in the Romanian school and to hear stories from former students, to learn from them in order to have a change in education, to achieve education without discrimination.

My experience at school in Romania is quite complicated, or at least it was. As a transgender girl, I’ve always managed to be a target, without doing anything to provoke it. Thinking back, all the insults and the pushing around definitely started because of my colleagues’ lack of education and lack of information which they were supposed to receive from their parents and, why not, from the school.

I had to fight, literally, for justice and acceptance. With my mother’s help I’ve raised awareness in my school, meaning not that I created a friendlier environment, but that I got my colleagues to know a case like mine, to be aware that this situation exists. The positive side is that I am still me, I got to school as a transgender girl and I will never be ashamed of that.

However, I believe Romanian schools lack sexual education which is useful not only to make the student understand that there are various type of persons besides “mom and dad”, but also to shelter the student from diseases and to make them aware of the consequences of their behavior. Unfortunately, many students still plunge in the topic of sexuality on their own, without much information and many things that shouldn´t happen take place because of this lack.

I’ve also met many students who belonged to various minority groups and who were forced to abandon school in the end because of indifference, discrimination, and non-understanding. This is not at all acceptable in a 21st century Romania, in the year 2016. 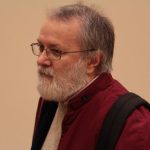 In the 70s, when I was a student, the topic of homosexuality was never discussed in public. And not because gay people and gay orientation didn’t exist - article 200 in the Criminal Code of the Romanian Socialist Republic clearly stated our existence – but because such a topic was not at all for the liking of the communist authorities.

In school, however, we knew who is and who is not “homo” or “faggot”, it wasn’t such a tragedy. The worst case was if parents found out and I myself was known as “sweet on the boys”. Some teachers also knew it, but they pretended not to know or not to notice, and this attitude made them in a way accomplices. I had open minded teachers, I guess I was lucky.